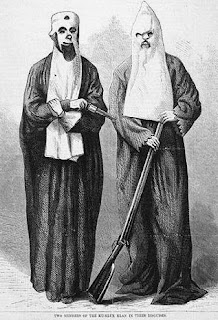 The Canadian Manifesto: How the American Conservative Movement Took Over My Country

On December 24, 1865, six young men, one of them the editor of the local newspaper, and several veterans of the Confederate army, formed the Ku Klux Klan in Pulaski, Tennessee, in opposition to post Civil War Reconstruction, which would give freed slaves and poor whites, democratic rights.

Taking their name from the Greek kuklos, meaning circle or band, they began as little more than a social club for "disaffected, wealthy young whites".

However, with the support of many prominent southerners, including Gen. John C. Brown, who would go on to become governor of Tennessee and president of the Tennessee Coal and Iron Company, the Klan would become "the shock troops of a displaced Southern aristocracy determined to undermine a new popular order and restore the old way of life." (1)

The first Grand Wizard, was Gen. Nathan Bedford Forrest of the Confederate army, a wealthy slave trader; and the first order of business was to prevent as many of the 700,000 freed former slaves, who had registered as new voters, from casting their ballots.  To do this they often resorted to bloodshed.   Yet despite the violence, 17 African Americans were elected to the General Assembly, 15 Representatives and two Senators.

The gains would be short-lived however, when the Compromise of 1877 initiated the period known as Redemption, which reduced  voting by blacks with the passing of more restrictive electoral and voter registration rules.  By 1900, they had lost the right to vote in every state in the South and not a single elected black official remained in office.

Ironically, it was the Democrats who were then working to restore and maintain white supremacy in the South, until Democratic President Lyndon Johnson stood up for civil rights in 1968, even though it meant losing the Southern vote.


Deliverance
There is no doubt that the Klan played a major role in breaking the Reconstruction forces. Beatings, whippings and outright assassinations, helped to terrorize, both blacks and poor whites, who were seeking democratic reform.  The Klan also set fire to newly-built schoolhouses and killed teachers of former slaves.

However, once the plantation owners and southern aristocrats were back in power, the Klan's services were no longer required, and their membership dropped considerably, until they ceased to exist, except in the minds of the ex-hooded riders.

It would be several decades before the KKK would be called back into service, this time to deal with the social upheaval brought about by the Great Migration.

Beginning in 1910, African Americans left the South for the North in search of manufacturing jobs, 1.6 million in all between 1910 and 1930.  Because it was so many in such a short period of time, the new arrivals encountered significant discrimination.  Meanwhile, in the South, many poor farmers were being forced to move to urban areas for work and found that work at factories owned and run by migrated Northerners, mostly Jews.

An event would take place in 1915 that would give the Klan the incentive and support, to rise up again. 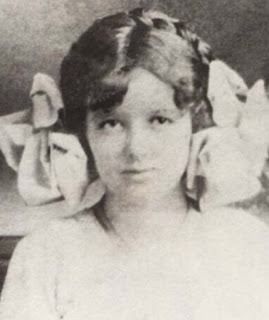 The Knights of Mary Phagan

Fourteen-year-old Mary Phagan had been working since she was ten.  Her last job was at the National Pencil Company in Atlanta Georgia, where she worked 55 hours per week for a wage of $ 4.05; about a third of the national average.

She was seen going in but not coming out.

At about 3:17 a.m. the following day, her body was discovered by the night watchman, who called the police.

Unceremoniously dumped in the basement, battered and bruised, with wrapping cord around her neck, and her dressed hiked up; the police believed that she had been raped and then strangled so that she couldn't name her attacker.  After speaking with co-workers, they began to build a case against the company's superintendent,  Leo Max Frank.  Some of the girls had suggested that Frank was a bit of a flirt.

Though there was no physical evidence implicating him, the media spun the story to suggest that it was open and shut.  They even allowed the testimony of a black man, Jim Conley, to be entered against a white man,  a unique event in this region at the time.  But then that white man was a Jew.

Jim Conley was in all likelihood Mary's killer.  He was drinking heavily that day and was looking for cash.  Mary's purse with her wage packet was never found, and in later years, descendants of Conley claimed that he was indeed responsible.

So why was Frank convicted instead?

Atlanta had the largest Jewish community in the South, many prominent business owners.  Frank himself was originally from New York, a graduate of Cornell, and president of the Atlanta chapter of the B'nai B'rith.

By contrast, many of the white Protestant citizens in the region were poor, uneducated farmers, who had left near destitute conditions in the Georgia countryside to find work in the city, and for many that work meant toiling for Jewish bosses.  The resentment was there, if not always visible.

Now they were being given an opportunity to put one of them in their place.  Jim Conley was a poor drunk who posed no threat to their standing as descendants of the "conquering race", while Frank was a symbol of the "foreign" exploiter making money from the labour of their children.

Originally given the death sentence, the judge, who had doubts that Frank committed the crime, commuted  his sentence to life in prison.  Publisher Tom Watson, fanned the flames of anger, calling on the citizens of Georgia to take justice into their own hands and inflict the death penalty on this "Yankee Devil."  A virulent racist, he hurled anti-Jewish epithets at Frank, while making wild, unsubstantiated charges.

What happened next, was predictable.  On August 17, 1915, a caravan of eight vehicles with 25 armed men, arrived at the Georgia State Prison where Frank was being held. Calling themselves the Knights of Mary Phagan, they cut the telephone lines, surprised the guards and kidnapped Leo Frank.

At Frey's Grove near Mary Phagan's girlhood home, they hung him. Photographs were taken but newspapers refused to publish them since they implicated many prominent citizens. Frank's body was put on public display and postcards made of the lynching sold by the thousands. "Justice" was served.  The white Protestant was still boss. 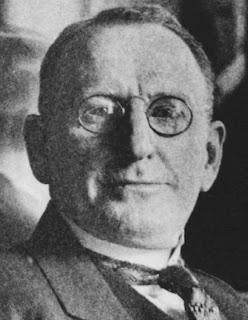 After the sensationalized trial and subsequent lynching of Leo Frank, William Joseph Simmons, of Harpersville, Alabama, son of an original Klansman, decided that it was time to do something to protect the white Protestant heritage of America.  He claimed to have interpreted a pattern in the clouds as a divine command to save their honour.  (2)

He had watched D.W. Griffith's Birth of a Nation and was drawn to the heroic portrayal of the Ku Klux Klan.

It was Simmons who led the charge on October 16, 1915, up Stone Mountain, to burn a cross in honour of Mary Phagan, the young girl that Frank was wrongfully accused of murdering.

Cross burning was not a practice of the first Ku Klux Klan.  Griffith borrowed the idea from the Scottish Clans, who had burned crosses as a method of signalling from one hilltop to the next.

Simmon's cross burning, highly visible to the surrounding area on that fateful night, was the symbol of a religious rebirth, and the Invisible Empire of the Knights of the Ku Klux Klan was brought to life .  It was to be a fraternity of native-born Anglo-Saxon or Celtic Protestants who would rid the country of at least the influence, of Blacks, Jews and Roman Catholics, or anyone else who "didn't belong".

Tom Watson, the publisher who had helped to incite the mob that lynched Leo Frank, had already began calling for the Klan's reorganization, creating an interest, and in 1920, with the help of the Klan, he was elected to the U.S. Senate.

The Leo Frank case, also resulted in the creation of the Anti-Defamation League of the B'nai B'rith, (3) the nemesis of the Ku Klux Klan and other like-minded groups. 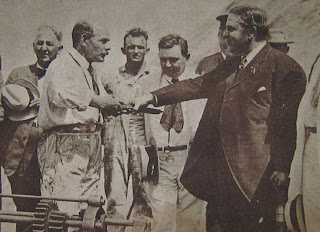 Stone Mountain as the site for the first Klan cross burning was not without meaning.  Long held as a sacred place by indigenous groups, Creek and Cherokee leaders used the peak for political gatherings and religious rituals.

If Simmons was going to resurrect the Klan, he had to reclaim the mountain for white Protestants.

Sculptor Gutzon Borglum, a Klan member himself, was charged with turning the mountain into a memorial to the Confederacy*, and began carving enormous images of Robert E. Lee, Jefferson Davis and Stonewall Jackson, right into the granite dome. (4)

Virginia Governor and promoter of the project, Elbert Lee Trinkle (in suit), shown shaking hands with  Borglum in 1923, described Stone Mountain as "consecrated ground that God himself has raised up", a "mecca of glory," a "sanctuary of truth," 'and a "sermon in stone," where the South's "golden age ... defied the future"  ( 4). It was no longer a holy place for the First Nations.  It had been conquered.

Gutzon Borglum would go on to create another masterpiece, again on sacred aboriginal ground, that would become one of the most visited sites in the United States:  Mount Rushmore.  Long a catalyst to the Native community, who still own the land**, the memorial was again a tribute to white supremacy.

Borglum had apparently been on Stone Mountain that fateful night and was a staunch anti-Semite and well known bigot.  His granddaughter inherited his papers, and says that she is often embarrassed by the things that he wrote.

Some have wondered why he would then include Lincoln on the carving, given that it was he who freed the slaves.  However, Abraham Lincoln was not really anti-slavery.  In fact, abolitionist Frederick Douglass, called Lincoln "the white man's president".   Lincoln only began to listen to the abolitionists, mid-way through the Civil War, when he realized that emancipation could speed victory for the North.  Almost 200,000 black soldiers then joined the fight.  Besides, the Klan themselves, are not pro-slavery, only pro-white Protestant.

The  idea of this group was that they stood for the Glory of the United States.  Its Manifest Destiny.

*Stone Mountain is now a popular theme park, fashioned after Gone With the Wind.  In 1995, the state privatized the management of the park, partnering with Herschend Family Entertainment, a Christian company that operates Dolly-wood and a number of theme parks in Branson, Missouri.

** The federal government has made several attempts to buy the land, but all offers have been refused by the indigenous people, since it goes against their religious beliefs to buy or sell land.