The Invisible Empire Launches a Crusade of Militant Protestants 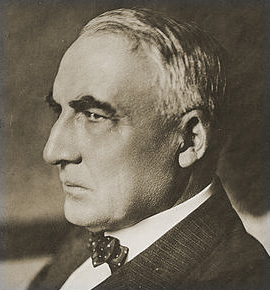 The Canadian Manifesto: The American Conservative Movement's Invasion of Canada

The 1918 midterm elections in the United States proved to be a turning point for American politics.

The Ku Klux Klan had been revived in 1915 and were enjoying enormous growth as they fed off the upheaval created by war and domestic migration - African Americans moving to Northern States, Yankee businessmen (many Jewish) to the Southern ones and destitute farmers into urban centres.

Immigration, which tripled between 1890 - 1910, had also changed the ethnic makeup of the country, fuelling people's fears.  Prior to that time most newcomers hailed from Northern and Western Europe, but by 1910,  Eastern and Southern Europeans made up 70 percent of the immigrants entering the country.


Hungarians, Poles, Slovaks, Bohemians, and Italians flocked to the coal mines or steel mills, Greeks preferred the textile mills, Russian and Polish Jews worked the needle trades or pushcart markets of New York. Railroad companies advertised the availability of free or cheap farmland overseas in pamphlets distributed in many languages, bringing a handful of agricultural workers to western farmlands. But the vast majority of immigrants crowded into the growing cities, searching for their chance to make a better life for themselves. (1)

While those from Northern and Western Europe easily assimilated, since most were English speaking, this new group preferred to move into ethnic neighborhoods populated by their fellow countrymen, where they could converse in their native tongue, practice their own religion, and take part in cultural celebrations.

Exploited by industry as cheap labour, they also became easy targets for groups like the Klan, who fed into the xenophobia of a threatened nation.

Arguing that they were not bigots, they claimed to only "uphold the family and stop crime and vice from ruining their communities". (2)

At the time of the 1918 midterm elections, the United States was at war, and Democrat Woodrow Wilson was in the White House.  Elections during war time are difficult, but Wilson made a huge mistake by suggesting that if Republicans gained control of either House, they would not support the President in his effort to fight the evil "Huns".

Political sniping was nothing new, but Wilson challenged the patriotism of the Republicans, and the backlash was immediate.  The Klan's new mantra of 100% American, helped to propel the GOP to power.  By 1920, there were 49 Republicans and  47 Democrats in the Senate, and 210 Republicans, 216 Democrats and 6 others in Congress.

But more importantly, Republican Warren G. Harding was the new President of the United States.

Many have suggested that Harding was actually a member of the Ku Klux Klan, based in part on the deathbed confession of former KKK member Alton Young.  He claimed to be there at Harding's swearing in ceremony, conducted at the White House, and that "Harding rewarded the members of the induction team with special War Department license plates that allowed them to run red lights."  It sounds just bizarre enough to be true.

Others argue that Harding championed "lynching laws" in an attempt to outlaw the practice, so was hardly a KKK sympathizer.  But then, so did the upper echelon of the Klan.

Whether Harding was a member of the organization or not, is irrelevant.  The Republican platform at the time, reflected the Klan's goals.    From Case File 28, Calvin Coolidge papers, there is a letter from Wizard Edward Young Clarke to President Calvin Coolidge, dated December 27, 1923, suggesting that the Klan was a political machine, that could be used to "up-build and develop spirituality, morality, and physically the Protestant white man of America.”

And at the 1920 Republican convention, many presidential hopefuls played to this "conservative" base, and the party:


... endorsed a platform that reflected the growing strength of conservatives in the party and the waning influence of its progressive wing ...  Along with the standard condemnation of Democratic policies, the platform advocated governmental economy, tax revision [and]  included a plank condemning strikes and lockouts as well as one promising immigration limits, especially for non-Europeans. (3)

Once elected, Harding made good on the promises and immigration was reduced to a trickle.

The Klan was not satisfied with just influencing politics in the United States, but branched out to New Zealand, Cuba, Mexico and even Germany.  However, according to the authoritative Klan historian, David Chalmers, only in Canada did the Ku Klux Klan evoke a "a substantial answering response".  (4)

1. Immigration in the Early 20th Century, Eye Witness to History

Next:  Reconstruction, Redemption, Deliverance and Resurrection
Posted by Emily Dee at 11:35 AM