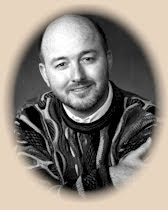 The Canadian Manifesto: How the American Neoconservatives Stole my Country

When Darrel Reid was defeated as a Conservative candidate in 2006, he became "Vice President of Project Development for the Work Research Foundation, an organization with the stated mission to “influence people to a Christian view of work and public life.”"(1)

I must admit that I'd never heard of the 'Work Research Foundation' and wasn't quite sure what was meant by a "Christian view of work and public life". So I perused their site, and though they are now calling themselves Cardus, what I found was a bit alarming, beginning with this:

"Our mission is to rethink, research and rebuild North America's social architecture."

If you link to their audio section and scroll down to a 2005 recording, you can listen to a lecture series on something they call "spiritual capital." And just so there's no mistake, the re-introduction by Michael Van Pelt, clearly states that Cardus is the new name for Work Research Foundation. And Darrel Reid, Stephen Harper's deputy chief of staff, went right from there to Harper's office. From their site:

The third installment of our thINK audio series is here, and our latest WRF product is just in time: spiritual capital is a concept which provides the tread for walking faithfully in a society that gets more secular every day. First, David Sweet introduces, in layman's terms, the idea of "spiritual capital." (2)


For those who don't know, David Sweet is the MP for Ancaster-Dundas-Flamborough-Westdale, a backbencher in the Harper government. He introduces himself as the Vice-President of Business Development for the group.

I listened to all of the speakers and if there was ever a scripted mandate for a theocracy this is it. On his website, Sweet refers to himself as a motivational speaker, and it's pretty clear after listening to 15 minutes (twice) of his speech, that he is motivating business leaders to create a Christian workplace.

He praises one such leader for printing that his "Purpose was to honour God" on his business cards. Sweet goes on to describe what spiritual capital is, by suggesting that it could be equated to social, physical and human capital, all requirements to maximize profit. "Faith" economics and devoting your business to the "Glory of God". (when I was roaming I was linked to The Christian Labour Association, that even encourages companies be unionized by Christians)

The next speakers continue along the same vein, and what they describe is a Utopia where a company's mission statement is reflective of "Christian values", with a healthy dose of redemption.

They suggest that if a company bases their business on these "Christian values", it will be a workplace with integrity and little conflict. And rather than discouraging employees from discussing their religious beliefs, they encourage open discussion, even for non-Christians.

It's not too difficult to see what would take place here. You have a business with a stated Christian hierarchy. You employ non-Christians and then encourage open discussion of religious beliefs. Sounds like proselytizing to me. And what happens if those non-Christians don't see the light? Will there be accusations of religious harassment, that would be similar to sexual harassment, where an employee is "saved" or risks losing their job?

Darrel Reid once suggested that gay rights are a form of Nazi tyranny. Is there a place for gays in this wonderful, non-conflict workplace?

One of the groups that David Sweet promotes is the Templeton Foundation:

The mission of the Templeton Foundation is: to serve as a philanthropic catalyst for discoveries relating to the Big Questions of human purpose and ultimate reality. We support research on subjects ranging from complexity, evolution, and infinity to creativity, forgiveness, love, and free will. We encourage civil, informed dialogue among scientists, philosophers, and theologians and between such experts and the public at large, for the purposes of definitional clarity and new insights.


One of those 'Big Questions' is answered through intelligent design, rather than evolution. The foundation has also been embroiled in controversy, because despite the fact that they claim to be non-partisan, they regularly provide funding to Conservative groups, including Ari Fleischer's Freedom's Watch.

They have also garnered "criticism from some members in the scientific community who are concerned with its linking of scientific and religious questions."

Another speaker mentions that they had just completed a project with the Max De Pree Center, in Pasadena California, where they promote a 'servant leadership' program, and recently hosted a seminar on the "Morality of the Market."

So what does this all mean?

David Sweet and Darrel Reid from the Harper government are both involved with the Work Research Foundation, now Cardus, who are working to 'Rebuild North America's social architecture' by promoting Christian businesses.

Michael Van Pelt, another speaker on the podcast, is a new appointee at Rights and Democracy, which has been embroiled in controversy after their hostile takeover by the Harper government.

Ray Pennings, another speaker, is the chair of Redeemer University College, where the 4th speaker, Gideon Strauss is one of the faculty.

David Sweet hosted a National House of Prayer 'dessert reception' there, where the faithful were invited to "Come and hear what God is doing in our Government." And Redeemer College recently received three million dollars of public money - our money; despite the fact that they are an elite private Bible school.

Welcome to Reconstructionism 101. Leave your souls at the door.